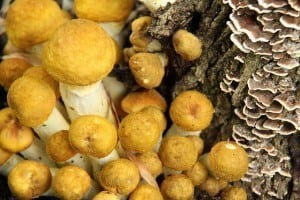 Use of drugs has gruesome consequence

“Ripped off part of penis” probably elicits groans of horror for guys and squeals of disgust from girls. Or maybe you’re one of those strange individuals who laugh at that phrase. (That would be me.) Either way, you’re probably wondering why anyone would do that.

The answer to that would be mushrooms.

The 41-year-old man from Ohio was high on mushrooms early last Tuesday morning when he ripped off part of his penis. He was found outside of Ypsilanti Middle School, covered in blood.

Authorities were responding to a burglar alarm in the school when the found him. Sgt. Geoff Fox said the man had to be subdued for his own safety. He was taken away in an ambulance, along with the ripped off parts of his penis.

“He really wasn’t saying much at all — a lot of yelling and screaming,” Fox said, adding the man had broken a window to the school but didn’t take anything. “He wasn’t making sense. They couldn’t really communicate with him in terms of constructive conversation.”

If you ever needed a reason for not doing drugs, this should be it. The man has no history of extensive drug use. He just picked some up while he was in town visiting friends. And then he ripped off part of his penis.

The man is still hospitalized but seems to be doing better. Fox said that he had been close to death from his injuries.

“In terms of vital signs, they were as low as they could go without being dead, I could only assume due to the blood loss and the shock and trauma to the body,” he said.

But you know, that’s what happens when you rip off part of your penis.