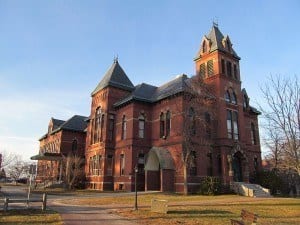 David Norton, 45, suffered a stroke in his office the Friday prior to Columbus Day and was not discovered until the following Wednesday—a whole five days after the stroke. Five days after being found, Norton died in a hospital.

The senior communications specialist suffered the stroke in his office, leaving him unable to call for help. He was single and lived alone, so no one had reported him missing until he neglected to show up for a meeting. The USM police even put three parking tickets on his car. Unfortunately, no one thought to check Norton’s office.

The death of this University of Southern Maine employee has forced security to take a closer look at its policies when securing the buildings at the end of each night. Normally, campus security checks the offices by rattling the doorknobs. Due to the unfortunate event that occured, Norton’s mother, Linda Norton, is rightfully demanding an immediate change in policy. She says each office should be opened and checked.

Norton’s mother spoke on the policy saying, “I know this was a medical problem, and I know it was sudden. But the first few hours after a stroke are the golden hours and he had to wait five days.”

Due to Norton’s death, the school plans to initiate a review of security. Bob Caswell, USM Executive Director of Public Affairs, stated “As a result of this, we really feel obligated to take a look at these policies and determine if changes can be made to make sure we’re doing all that we can to ensure the safety of everybody here.”