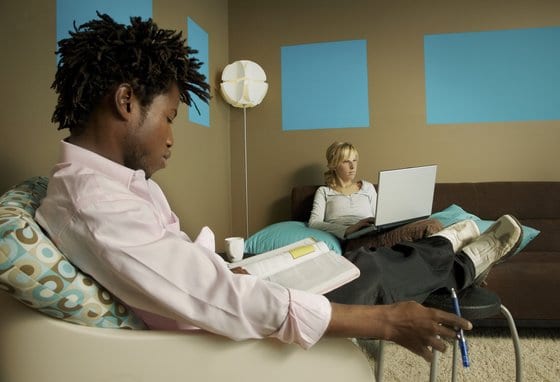 Which studies will be the most important for the new and upcoming generation?

Which majors are the best for the new generation? If you’re a “Star Trek” fan, you’re probably fairly excited that I mentioned the Next Generation. Well, unfortunately I’m referring to the next generation of college students, not the continuation of the legendary saga of space travel. These students will have to make a very important decision regarding their future: what they will major in at college. Though definitely a personal choice balancing interest and skill level, what majors this next generation chooses will directly impact America and the world. Below is a cheat sheet of sorts, detailing which majors are going to be vitally important in the not-too-distant future.

You should also read: 9 crucial facts that can help you polish your career

Anyone thinking about the future will tell you that a major in electrical or mechanical engineering is important because technology is always evolving, which is why it makes for a great major for the new generation. While this is accurate, the next generation of students should focus their college majors on engineering in the environmental field. Environmental engineering and sustainability studies are both incredibly important and relevant, considering how ignored they have been in recent decades. As we as a society are beginning to put more importance on the environment and the climate, it is important the next generation is as educated as they can be on the topics; both environmental engineering and environmental science will be important, to cover both the practical and political realms of energy and climate.
Another incredibly relevant major for the next generation is public health. Whether it means becoming a doctor, nurse, surgeon, or researcher, it is important that the next generation is prepared for diseases, epidemics, and the like. In recent history, the United States has shown that it was horribly uneducated on HIV and AIDS, and more recently on Ebola and the Zika virus. This lack of education and even propaganda against information could be directly ended if more students were to study and become experts on general health and these diseases.

Though it is frequently overlooked as an “easy” major, Communication is far from simple. Furthermore, society is pointing in the direction of needing more and more communications majors than ever before, as unions and human resources are becoming more relevant in corporate America. Recently, maternity leave has become a hot topic of debate. As this topic continues to be discussed and argued over, the workers in human resources will be pivotal in the dialogue. Communications majors are much more than public speakers; they are trained to eloquently and actively lead the dialogue and discourse on all issues.
A running theme so far has been about how American society as a whole has been changing and evolving drastically in recent years. Yet another example of this is the dialogue on race, gender, and sexuality. With these topics coming out of the closet (pun intended) and becoming less taboo to discuss openly, we will need experts on this. Sociology majors will become keynote speakers on these topics and demographics, expertly and factually discussing the once-taboo content. A large issue with these topics is that so few people actually know enough about them to confidently and accurately discuss them. However, this ignorance cannot be excused, and majoring in sociology could help create a conversation that ultimately educates everyone on these controversial subjects.

As the next generation prepares and chooses their paths for the future, it is important to remember that no matter what major they choose, it is right for them. However, it is also important to take into account what majors will be relevant to the future of our society and the international community as a whole. The majors detailed above already are too relevant to pass up on, and we cannot let them be left in the past. Education is the best counter for ignorance, the best way to solve these problems.

You will also like: 5 tips for reducing stress the day of your job interview