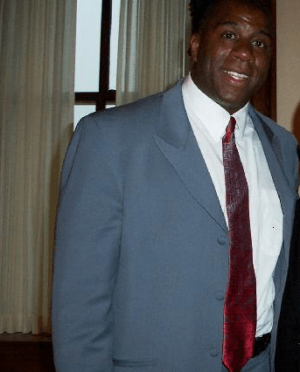 Magic Johnson is leading a group of investors that have made an offer to purchase the Los Angeles Dodgers, reports USA Today. The LA Dodgers have been down on their luck financially lately, and with Magic Johnson at the helm, the rift that has grown between the franchise and its fans hopefully be reformed, reports.

Magic Johnson, NBA and MLB executives, Peter Guber and Stan Kasten, along with Mandalay Entertainment and financed by Mark Walter, CEO of Guggenheim Partners offered Los Angeles Dodgers owner Frank McCourt $2.15 billion for the team. The offer also includes the surrounding Chavez Ravine parking lots. The deal should go through by the end of April as long as the federal bankruptcy court gives its approval.

“This agreement with Guggenheim reflects both the strength and future potential of the Los Angeles Dodgers, and assures that the Dodgers will have new ownership with deep local roots, which bodes well for the Dodgers, its fans and the Los Angeles community,” McCourt said.

If the deal is approved it will be the highest sum ever paid for a professional sports organization. Manchester United soccer team currently holds the world record at an astounding $1.4 billion, and in the states, the Mimi Dolphins hold the record when they were purchased for $1.15 billion back in 2009. McCourt originally bought the Los Angeles Dodgers for $430 million in 2004.

Johnson, in a statement, stated, “I am thrilled to be part of the historic Dodger franchise and intend to build on the fantastic foundation laid by Frank McCourt as we drive the Dodgers back to the front page of the sports section in our wonderful community of Los Angeles.”