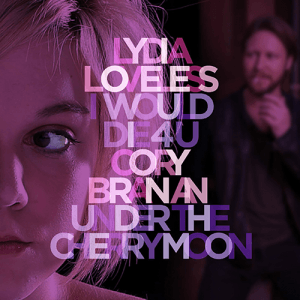 As the story goes, this came from an April Fools joke that Bloodshot Records posted last year, that had fans up in arms that a Bloodshot tribute to Prince was not actually being released. So, now Bloodshot is giving the people what they want via this special release with two honestly breathtaking renditions paying homage to Mr. Nelson.

Side A is Lydia Loveless and her band taking “I Would Die 4 U,” The Revolution’s 1984 Purple Rain standout, to a whole new stratosphere. Lyd sings with more desperation than devotion while her band uses the opportunity to desecrate the synthesized, layered mold with twin lead guitars eventually contorting to chaos. Don’t worry; you can still dance to it in front of your bedroom mirror like you did in high school.

Side B is Cory Branan digging a little deeper in the Paisley Park catalog and coming out with the title track from Mr. Nelson’s ill-fated directorial debut Under the Cherry Moon. The track features (Bobby Bare Jr. collaborator) Matt Rowland’s illustrious piano-playing while Cory channels the creepy (erotic-yet-suicidal? The ’80s were weird.) bedroom R&B of the source material into a dingy Manhattan jazz lounge interpretation, sung with the fervor of Tom Waits doing The Phantom of the Opera. Oh, it’s dark, folks. Real dark.