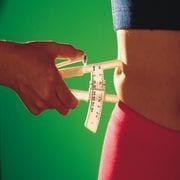 Now that the New Year is well past, many people start to slack off on their New Year’s resolution. The most common one—getting healthy or fit—is one of the toughest ones to complete and it’s easy to let that one slide. Take motivation from these stars who lost a significant amount of weight.

Jennifer Hudson
This “American Idol” contestant and “Dreamgirls” actress lost 80 pounds in the past 12 months, according to CBS News. She went from an original size 16 to size 4. She did it by going on Weight Watchers, a points system that helps recalculate and cut down calories.

John Goodman
“Roseanne” star John Goodman shed 100 pounds in the last few years. According to the Huffington Post, he did it by quitting drinking (a habit that adds on weight), hiring a health coach, cutting out sugar and exercizing six days a week.

Kristen Johnston
Kristen Johnston is another star who lost weight by quitting drinking after she was hospitalized with an ulcer. She lost 60 pounds by cutting out the alcohol and eating healthy, and according to The Insider, she was “nearly unrecognizable at a PETA event in New York where she was protesting against horse-drawn carriages.”

Bill Clinton
The 42nd President of the United States lost 20 pounds, as he promised to do so for his daughter Chelsea’s wedding, according to the Daily Green, an online health and environment magazine. He did it by undertaking a vegan and vegetarian diet.