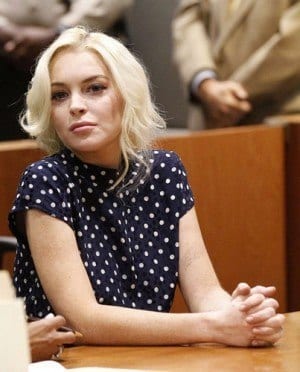 After getting her purse stolen in Hawaii, Lohan now has her purse and passport back in her possession.

Lindsay Lohan has her purse back after it was stolen from the car parked outside of a house party she was attending in Hawaii.

Though her passport, probation papers and purse were returned, the $10,000 in cash the actress had did not turn up.

Lohan, on a vacation with sister Ali to avoid publicity around her Playboy pictures, according to TMZ was freaking out before her purse was returned. Her main concern was there being an issue with her returning to the mainland in time for her Wednesday hearing and the possibility of it getting her in more trouble.

In May 2010, Lohan’s purse and passport went missing at the Cannes Film Festival. She missed a court date because of this, followed by jail time and rehab.

A resident of the Laie island spoke on the incident being a strange occurrence.
Clark Cahoon said, “If you’re looking for somewhere to go that doesn’t have drugs or alcohol, you won’t find anything more wholesome than a party at a Mormon home.”