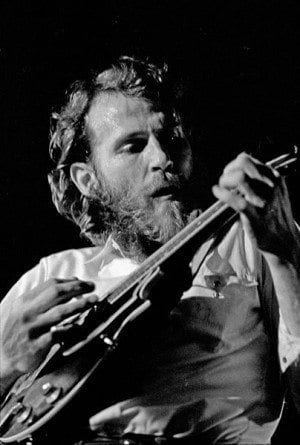 Levon Helm, former memebr of The Band, is in the final stages of throat cancer. He was first diagnosed with cancer in 1998.

His wife Sandy and daughter Amy posted a note to Levon Helm fans on his website. “Levon is in the final stages of his battle with cancer. Please send your prayers and love to him as he makes his way through this part of his journey. Thank you fans and music lovers who have made his life so filled with joy and celebration … he has loved nothing more than to play, to fill the room up with music, lay down the back beat, and make the people dance! He did it every time he took the stage…”

Arkansas native Levon Helm was picked by Ronnie Hawkins to join his band in 1957, when they united with Richard Manuel, Rick Danko, Robbie Robertson and Garth Hudson to form The Band. They eventually parted ways with Hawkins and joined up with Bob Dylan in 1965.

The Band released a string of rock classics with Levon Helm contributing his distinctive Southern drawl to classics such as ”The Weight,” “Up on Cripple Creek” and “The Night They Drove Old Dixie Down.” The original members of the band were inducted into the Rock and Roll Hall of Fame in 1994.

After his initial diagnosis, Levon Helm lost his ability to sing, but he continued to play drums, mandolin and harmonica with his daughter Amy in a series of shows called the Midnight Ramble. The weekly concerts attracted the likes of Elvis Costello, Norah Jones, My Morning Jacket, Steve Earle and Emmylou Harris.