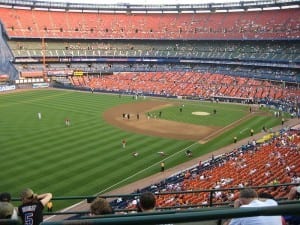 Lenny Dykstra, ex-New York Mets outfielder, was sentenced on Monday to three years in a California state prison after pleading no contest to grand theft auto and providing a false financial statement.

In January of last year, Lenny Dykstra and two others tried to lease high-end automobiles from several area dealerships by allegedly providing fraudulent information and claiming credit through a phony business, prosecutors claim.

The three men allegedly provided information at two dealerships from a man they claimed was a co-signer but who had not authorized his name to be used. The leases were not approved, but all three men allegedly drove off with three cars at one company by providing fraudulent information, according to prosecutors.

During a search warrant at his home on April 14, officers allegedly found cocaine and Ecstasy along with Somatropin, a synthetic human growth hormone.

Dykstra initially pleaded not guilty to 25 counts last April. In October he changed his plea to no contest, in exchange for prosecutors dropping 21 counts. The other two men have also entered no contest pleas and are awaiting sentencing.

Dykstra still faces federal bankruptcy charges and is scheduled to stand trial this summer. He has also has pleaded not guilty to indecent exposure charges for allegedly exposing himself to women he met through Craigslist.

“I do have remorse for some of the things I’ve done,” Lenny Dykstra said, according to Yahoo! Sports. “But because I wasn’t a perfect person am I a criminal? Everyone wants to make me out to be a monster.”