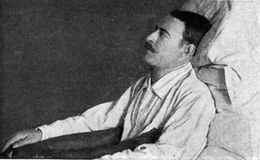 Have you been to Las Vegas recently? Did you stay at the Aria Hotel & Casino? If so, you may have been exposed to Legionnaires’ disease.

Legionnaires’ disease is a potentially deadly form of bacterial pneumonia, and its symptoms include high fever, chills and a cough that can develop 2-14 days after exposure, the LA Times reports.

According to CBS, hotel guests can contract Legionnaires’ disease from water sources with high bacteria levels. Inhaling legionella bacteria from the mist of hot tubs, air conditioners and fountains can be dangerous. The hotel has made a statement saying they have treated the water source leaving no detectable bacteria levels behind.

Six cases of the disease have been reported to the CDC, but all patients have fully recovered after treatment, reports the LA Times.