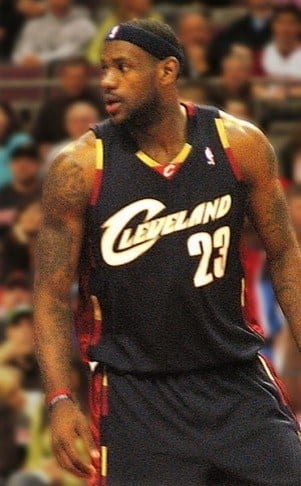 Can King James pull through for Game 7?

Game 6 of the Eastern Conference finals was all on LeBron James.

Erik Spoelstra, Heat coach, commented, “He was absolutely fearless…and it was contagious…The way he approached the last 48 hours, and not only LeBron, but everybody else. Nobody likes getting dirt thrown on you face before you’re even dead. He showed great resolve.”

LeBron lead the heats in the first half, with 30 points and had 41 points spread throughout the rest of the three quarters. During the last quarter, LeBron didn’t finish as strong as he started only scoring eight points.

Celtics coach, Doc Rivers, joked, “I hope you guys can stop talking about LeBron not playing well in big games…He did tonight. Now we have to get ready for Game 7.”

Now the Heat must finish off Game 7 on Saturday night if they’re going to reach the finals at Oklahoma City. Skeptics are questioning if LeBron can replicate King James of Game 6.

Lebron James stated, “I will continue to be aggressive. I will try to continue to play at a high level like I’ve done the whole postseason. If it results in the numbers or whatever the case may be, I’m going to go out there and play my game, and play as hard as I can…I don’t really care what the stats say. I won’t regret Game 7, win lose or draw. I’m going to go in with the mindset like I’ve had this whole season. And we’ll see what happens.”