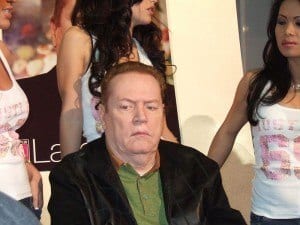 Larry Flynt, American magazine entrepreneur best known for creating Hustler Magazine, is offering a whopping $1 million for information o Republican presidential candidate Mitt Romney’s finances. Flynt took out a full-page article in the Washington Post and USA Today that asks the public, “What is he hiding?” Fox News reported that Flynt is looking specifically for unreleased tax returns and/or details of his offshore assets, bank accounts and business partnerships.

The ad, set to run in Tuesday’s issues, reads, “Can you provide documented evidence of your claims? Larry Flynt and Hustler Magazine will pay you up to $1 million if we publish your verified story.”

The inside information of course has to be verifiable, but, more importantly, it has to be controversial—Larry Flynt prefers a flare for the dramatics. Flynt, the president of Larry Flynt Publications has a history of offering large sums of money for inside information on hyped political debacles. Last year he offered $1 million to anyone who had “a gay or straight sexual encounter with Gov. Rick Perry,” when the Texas governor joined the Republican primary race. In 2007, one of Flynt’s hired investigators uncovered phone records from Sen. David Vitter of Louisiana to a D.C. prostitution service. The magazine mogul also claims responsibility for Rep. Bob Livingston’s resignation way back in 1999. Livingston admitted to extramarital affairs in wake of President Clinton’s 1998 impeachment and resigned after Hustler threatened to publish more information on Representative’s cheating scandal.

I guess Larry Flynt just isn’t that conservative. Let’s see if he’s able to pull anything up before for the November election.