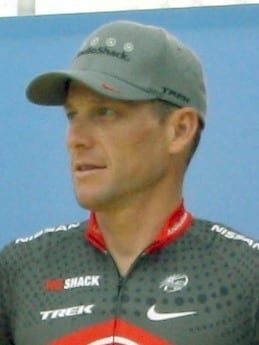 Disgraced cyclist gets medal taken away

Lance Armstrong. Oh, how the mighty have fallen. In the wake of his performance-enhancing drugs scandal, Armstrong was stripped of his title as Tour de France champion — now he’s no longer an Olympic medalist. The International Olympic Committee has official revoked the bronze medal Armstrong won in the 2000 summer games in Sydney Australia, publically calling on him to return it.

The move comes just before Armstrong’s rumored tell-all interview with Oprah airs, where it has been strongly speculated that Armstrong admits to using performance-enhancing drugs during the course of his previously decorated and admired career. The interview airs Thursday and Friday nights.

Previously, Lance Armstrong had all seven of his Tour de France medals stripped from himself and the history books when his doping became public knowledge. Lance Armstrong is also facing a $12 million lawsuit from a former sponsor, in addition to being banned for life and having his public image irrevocably damaged. More on this to come when the high-profile Oprah interview airs.