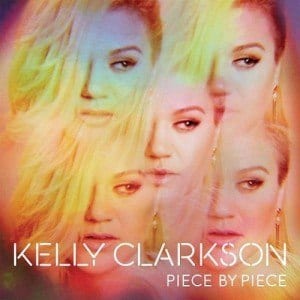 Two big things happening with Kelly Clarkson today. Her new album
Piece by Piece was released and she announced that she will be going on a Piece by Piece summer tour! A 36 city Nationwide tour that kicks off on July 11th at the Hershey Park Stadium in Hershey, PA, making its way down the east coast with two nights at the Radio City Music Hall in New York. Making her way over to California with a performance at the Staples Center, ending on Sept 20th in Camden, NJ. She’ll also have a one night stop in Toronto, ON in Canada on July 25th. Clarkson says that at least four songs from the new album will be included in the tour set list, including the singles Heartbeat Song and Invincible. Dance With Me is also said to be included even though it is not a single from the album, she calls it a cross between ABBA and David Bowie.

A cappella group Pentatonix who did the epic cover of Daft Punk a year ago that went viral with over 100 million views on Youtube and beautiful version of Mary Did You Know that received over 30 million views this Christmas season will be opening for her along with talented Youtube sensation Eric Hutchison who’s Rock N’ Roll video has generated over 2 million views. Another great thing about this album is on her website! If you go here you can choose a set of lyrics from a song on the album and share what it means to you and has effected your life. She has been reading the stories herself and reaching out to fans who have been writing them. She herself also invited a few “super fans” to her performance on Good Morning America this morning (March 3rd) and surprised them with a visit during their breakfast!