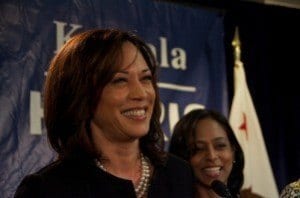 Obama noted Harris’ personality traits that he said make her a great attorney general before praising her looks.

“You have to be careful to, first of all, say she is brilliant and she is dedicated and she is tough, and she is exactly what you’d want in anybody who is administering the law, and making sure that everybody is getting a fair shake,” he said. “She also happens to be, by far, the best looking attorney general in the country.”

The comment generated an uproar of opinions on the Internet, with some commentators saying the comment was sexist and with others saying it was nothing to be upset about.

The Washington Post’s Jonathan Capehart said the comments were the “God’s honest truth” and that Obama was speaking of Harris in that way because the pair have been friends and have supported each other professionally for years.

Harris gave a speech at last year’s Democratic National Convention, and she is viewed as a potential gubernatorial candidate.

Obama has been under fire before for potentially sexist comments. He recently told a 32-year-old New York lawmaker she didn’t look a day over 23, and he called a female reporter “sweetie” during his 2008 campaign.

The hash tag #KamalaHarris is trending on Twitter with people giving their responses to Obama’s remarks.

Obama’s audience reportedly laughed at his comment, to which he responded, “It’s true. Come on.”