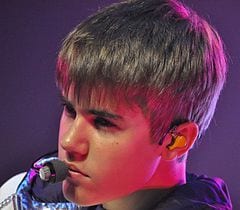 Single mother Mariah Yeater has dropped her paternity suit against singer Justin Bieber, according to TMZ.

The suit, which claimed that the superstar fathered 20-year-old Yeater’s child, was dismissed last week, says TMZ.com. Her lawyers reportedly withdrew from the case after receiving a call from Bieber’s lawyer, Howard Weitzman, threatening legal action.

The case was set to go to court Dec. 15 and Bieber, 17, was prepared to take a paternity test to prove he was not the father of Yeater’s 3-month-old baby.

Yeater, who was seeking financial support, may have faced statutory rape charges had the child been Bieber’s. According to People.com, in the state of California the legal age of consent is 18; Bieber would only have been 16 at the time of the alleged sexual encounter while Yeater would have been 19.

Bieber, who is currently dating singer/actress Selena Gomez, has always maintained that he never met Yeater.

“I think it’s crazy because every night after the show I’m gone, right from the stage to my car so it’s crazy that some people want to make up such false allegation but to set the record straight none of it is true. I’ve never met the woman,” Bieber said on “The Today Show.”

“I would just like to say basically that none of those allegations are true,” he said. “I know that I’m going to be a target but I’m never going to be a victim.”