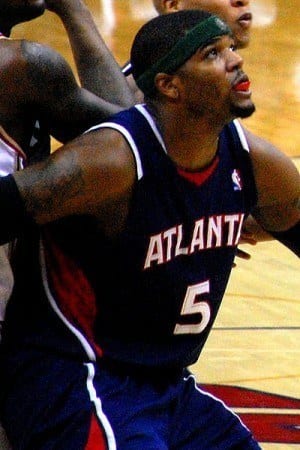 There are rumors floating around that Josh Smith wants to leave the Atlanta Hawks after his contract.

Under a week before the NBA trade deadline, one Hawks player wants out of Atlanta.
Josh Smith has expressed to the Hawks his desire to be traded before the March 15 deadline, according to the Atlanta Journal- Constitution.

The Washington Post reports that Smith feels he was not promoted enough for the All-Star team and thinks he needs to be placed with a team that will be committed to winning a championship.

Smith has spent his entire career with the Hawks, but has been mentioned in potential trade rumors for three seasons now.

Smith said, “I really don’t pay any attention to it,” when asked about the rumors, “I just go out there and play the way I play and not worry about anything else. I know this is a business. Whatever happens happens in the long run. But I know as long as I’m with the Hawks, I have to put my best foot forward.”

Smith has averaged 17 points and 10 rebounds this season. In response to his free-throw percentage, which dropped to 57.7 at one time during the season, Smith said, “It’s a long season but it came to you real quick. They are throwing games at us left and right. If you look around the league most people’s percentages are down more so than usual.

Rumors are floating around the New Jersey Nets picking up Smith.

Despite this, some critics believe that the Hawks will refuse to let one of their key players go and that the Smith and Hawks relationship will continue.

Hawks coach Larry Drew said about Smith, “People look at the offensive end but defensively he changes the game. He is one of the few players I think that can play a defensive game and impact the game even if his offense is not on that night.”