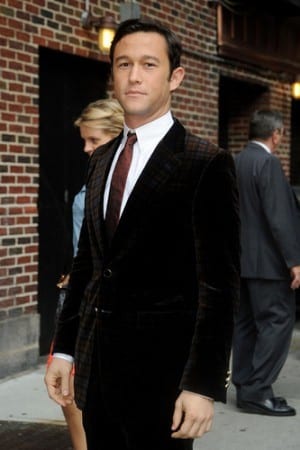 Last Tuesday on Late Night with Jimmy Fallon, actor Joseph Gordon-Levitt; Stephen Merchant, one of the writers for The Office; and host, Jimmy Fallon competed in a lip syncing competition. The contest required the three contenders to participate in two separate rounds of lip-syncing to songs they have secretly chosen beforehand.

Stephen Merchant, who actually co-invented the lip-syncing game for Fallon’s show, started off Round 1 with a moving performance to “Boom Shake the Room” by DJ Jazzy Jeff & the Fresh Prince and Beyonce’s hit “Single Ladies” for Round 2.

Host, Jimmy Fallon, who was feeling the 80’s, gave an electrifying performance to “Don’t You Want Me” by the Human League for Round 1 and chose “Take On Me” by A-ha for his second performance.

Joseph Gordon-Levitt gave an emotionally charged performance to “Tiny Dancer” by Elton John for his first round and then stole the show on Round 2 with Nicki Minaj’s “Superbass”. Fallon crowned Joseph Gordon-Levitt as the undisputed winner of the lip-syncing competition.

JGL fans rejoiced when the world discovered that not only is Joseph Gordon-Levitt well above average in the appearance department,  he’s a writer, a director, an amazing actor, and is also gifted in the art of lip-syncing.

Joseph Gordon-Levitt must be having a great week. On top of winning the coveted award of best lip-syncer, JGL revealed to Howard Stern earlier this week that he is happily taken. He told Stern “I have a girlfriend but I tend not to really like to talk about it in public. She is not in show business.”

And then everyone got sad. While Joseph Gordon-Levitt may be off the market, I think long road trips with Stephen Merchant, JGL, or Jimmy Fallon would surely be nothing short entertaining with the radio playing.