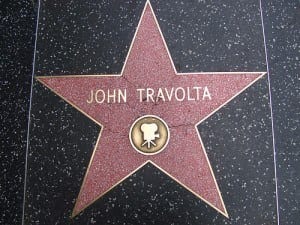 John Travolta is fighting off another allegation of sexual-assault from yet another male masseur.

John Travolta, 58, and his lawyer, Marty Singer, remain confident that this second allegation of sexual-assault will prove as “absurd and ridiculous as the first one.”

Travolta is accused of sexually groping an unidentified masseur during a massage in Beverly Hills on Jan. 16. The plaintiff has filed a civil lawsuit against the actor and is seeking $2 million in damages.

The lawyer for John Travolta disputes the plaintiff’s claim, saying the actor was not even in California during the time of the alleged incident. The website TMZ has posted photos of the actor at a wardrobe fitting on Jan. 16 in New York’s Greenwich Hotel. Travolta’s attorney has also provided PEOPLE magazine with a Mr. Chow restaurant receipt he claims proves his client was in New York the day of the alleged sexual-assault. Records for Travolta’s plane flight cannot be verified through public flight-tracking services as his plane’s flight records are sealed.

The burden of proof lies heavily with the plaintiffs and many are beginning to question the authenticity of their claims in lieu of the revelation that Travolta was possibly over a thousand miles away at the time of the first alleged incident. Civil litigator and expert in sexual harassment cases Anahita Sedaghatfar told E! News, “I’m actually very concerned for [the plaintiff’s attorney, Okorie Okorocha] and I hope that he has thoroughly vetted his clients. I hope he has evidence to back up his claims.”

Sedaghatfar continued, “If this goes down the way Marty Singer says it will, I think Mr. Okorocha is in big trouble, I really do.”