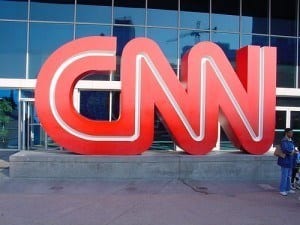 Jessica Ahlquist, from Cranston, Road Island, took her high school to court last year because of a prayer banner that had been hung in the building since the 1960s. After having come to the conclusion that God does not exist, 16-year-old atheist Jessica Ahlquist decided that the prayer flag hung in her school violates the Constitution’s First Amendment of the separation of church and state and sued her school to remove “school prayer.”

Jessica Ahlquist won her fight on Jan.11 when a U.S. District Judge ordered the removal of the banner. Since then, Ahlquist has been the target of hate and ignorance around the country. As is popular in the modern world, many protestors of the removal have taken to the internet to express their anger. According to MailOnline, “One woman posted her reaction to Miss Ahlquist’s efforts over Twitter writing, ‘I hope there’s lots of banners in Hell when you’re rotting in there you atheist f***.’”

Jessica Ahlquist appeared on CNN this morning to discuss her journey from a believer to being the face of atheism. Ahlquist explained to Soledad O’Brien that she realized God didn’t exist after praying for a sick family member.  She felt her prayers weren’t being answered and also realized there were other people in the world who needed God’s help more than her family, and they too weren’t getting answers either. “It just, kind of, brought all these questions to mind, and in the end, I decided he must not exist,” Jessica Ahlquist said on CNN.

Even though she has been in the media for a while because of the court case, she says she hasn’t gotten used to death threats and being told how bad she is- but says she is able to cope with it now. Jessica Ahlquist also discussed how Rhode Island state representative Peter Palumbo called her an “evil little thing.”  Ahlquist told O’Brien, “I feel it’s immature and inappropriate for a state representative, who represents me also, by the way, to be calling me something as petty as an evil little thing.” Jessica Ahlquist and a friend have decided to turn that title into a positive thing by selling T-shirts with the phrase, “Evil Little Thing” in order to raise funds for her college education.

A national atheist group, the American Humanist Association, has showed its support by raising more than $40,000 for Jessica Ahlquist because she stood up against her critics “with class and style.”