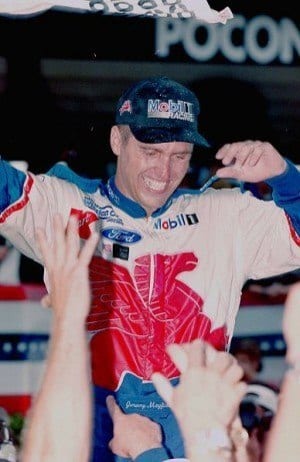 Jeremy Mayfield has been arrested for possession of meth, but investigators found much more than that when they entered Mayfield’s house earlier this week.

CBS reports that Mayfield was arrested on Tuesday night at his home in North Carolina. Police obtained a search warrant based on suspicion that there were stolen goods on the property. Upon entering, police discovered methamphetamine, 40 firearms and nearly $100,000 worth of stolen goods.

The firearms discovered are being traced to determine if any were reported stolen. Heavy machinery, scrap metal, welders, engraving machines and electric motor components numbered among the items listed reported stolen. All of the goods belonged to two trucking companies.

Mayfield is a former NASCAR driver who was suspended indefinitely in 2009 after failing a random drug test.