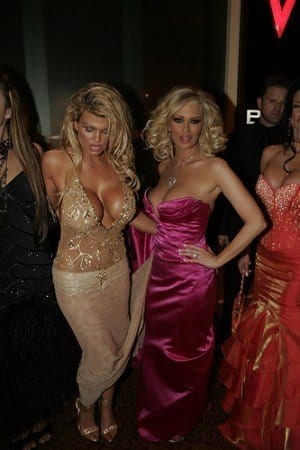 Jenna Jameson, famed, former adult film star, was arrested in Newport Beach, Calif. Saturday night, according to police after allegations that she attacked someone in an Orange County home. The Washington Post reports that the victim was able to restrain Jameson, 38-years-old, and place her under citizen’s arrest until the authorities arrived.

TMZ reports that Jameson was slated to attend a birthday party at Anaheim’s Heat Ultra Lounge Later that night. It has been unconfirmed if she ever made an appearance.

This is the second time within the last year that Jameson has been arrested. The previous one occurred back in May 2012; when under the influence, she crashed her vehicle into a light pole. She was later sentenced to three years of informal probation and was to participate in a Mother’s Against Drunk Driving Victims’ panel.