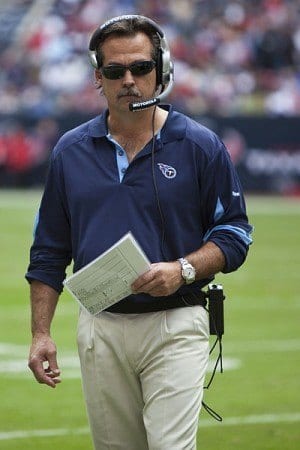 Jeff Fisher examining all his options

Jeff Fisher is reportedly checking out all his options, taking full advantage of his position as the hottest head coach available.

Fisher is also expected to interview with the St. Louis Rams sometime this week. RamsGab reports that the Rams are reportedly moving quickly to fill their coaching vacancy.

Fisher has also said that he is interested in taking a position with the Indianapolis Colts, especially because that means the chance to coach favorites Peyton Manning and Andrew Luck.