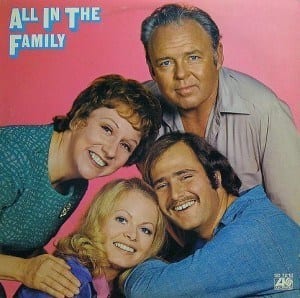 The “All in the Family” star changed television, and will be missed by many

Jean Stapleton, best known for her memorable role as Edith Bunker in the hit television series All in the Family, passed away on Friday of natural causes. She was 90.

Jean Stapleton’s career—and her life—was a long one, although she will always be recognized for her role in All in the Family. The sitcom ran from 1971 to 1979, and it won four consecutive Emmys Awards for outstanding comedy series. Stapleton was able to snag a few Emmys for herself in 1971, 1972 and 1978 for her role as Edith Bunker.

All in the Family was a comedy, but at the time it was groundbreaking for the issues it presented about the changing way of life in America. Brilliantly played by Stapleton, Edith Bunker was the submissive and long-suffering wife of Archie Bunker. Archie, played by the late Carroll O’Connor, was the “lovable bigot” of the show, bullying Edith and the other members of the household. He constantly called Edith a “dingbat,” but she never shared his prejudices. As the show progressed, Edith became the voice of reason to Archie, and a role model for women everywhere. Jean Stapleton was the one who really brought Edith to life, and transformed the way television portrayed political issues.

“The benign, compassionate presence she developed made my egregious churl bearable,” O’Connor wrote about Stapleton in his 1998 autobiography.

Jean Stapleton’s career did not begin or end with All in the Family. She got her start on Broadway in 1953 with a part in the play In the Summer House, and continued with theater performances until she landed her big television gig. After All in the Family, she continued to make appearances in plays, television shows, and movies. In 1982 she received two more Emmy nominations for her roles in the CBS miniseries Eleanor, First Lady of the World and the ABC sitcom Grace Under Fire. She retired in 2002.

Jean Stapleton lived a long, lustrous life, and she will be missed by many.

“Jean was a brilliant comedienne with exquisite timing,” said Rob Reiner, who played Edith’s son-in-law, about her passing. “Working with her was one of the greatest experiences of my life.”

“No one gave more profound ‘How to be a Human Being’ lessons than Jean Stapleton,” said series creator Norman Lear. “Goodbye Edith, darling.”

Jean Stapleton’s husband, William Putch, died in 1983, but she is survived by two children. Her son, John Putch, is an actor and television director, and her daughter, Pamela Putch, has also dabbled in some acting and television producing.