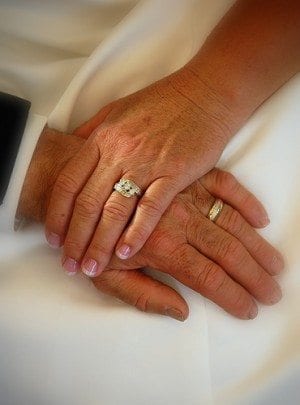 Jamie and Jamie are getting married

Jamie Lynn Spears’ engagement couldn’t come a better time than just a few weeks after her big sister “Brittney Bitch” aka Brittney Spears called off her engagement to Jason Trawick. But big sister Brittney isn’t bitter about it, she sent her love and blessings via Twitter Monday morning by posting “So excited and happy for my sister, congrats @jamielynnspears — love you.”

It was a response to Jamie Lynn Spears’ photo of her and her new fiancé, Jamie Watson, on Twitter. She also posted a close up of her ring, giving her approval of the sparkly rock by adding hashtag “Hedidgood”.

Jamie Lynn Spears tweeted that she had the stomach flu and posted a photo of her sleeping with her daughter’s stuffed animal, “beary” a week before the announcement.

The couple have been dating off and on for three years. Jamie Watson, 30, mentioned the possibility of proposing to Jamie Lynn Spears, 21, in January during an interview with Page Six. He also cleared up rumors about the ring Jamie Lynn Spears had already been wearing on her ring finger for quite some time saying it was a gift and not a promise ring, according to nypost.com.

Jamie and Jamie, the “businessman” and aspiring country music artist, are known for their on again off again relationship. But the two have “been back together for a while now” said Jamie Watson. The Louisiana native is the owner of LA based company Advance Media Partners, which provides televisions and other high-end electronics to corporations, according to wetpaint.com.

The Nickelodeon child star (Jamie Lynn Spears) has been taking her time while working on her country music album in Nashville.

Brittney Spears and her fiancé called it quits after their four year relationship. The two had a “friendly” breakup and hope to remain friends. It is rumored that the mother of two from a previous marriage (to Kevin Federline) returned her $90,000 engagement ring.