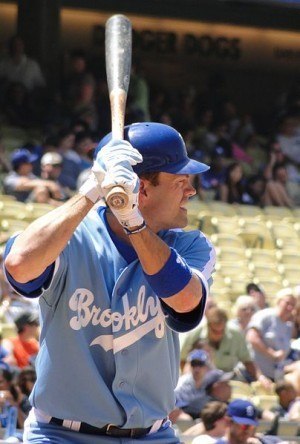 Jamey Carroll has agreed to a two-year deal with the Minnesota Twins.

MLB Depth Charts reports that Carroll has agreed to the two-year deal and, according to reports, will be the Twins’ starting shortstop. Carroll played shortstop and second base with the Dodgers in 2011, posting a .290/.359/.347 line in 510 plate appearances.

The Twins Digest reports Carroll’s contract is pending a physical and will reportedly be worth $7 million.

Below is MLB Depth Charts’ projected 25-man roster for the Twins, including Jamey Carroll.