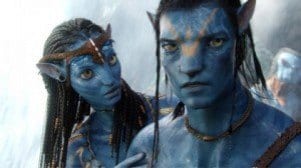 Second and third films haven’t even been made, but Cameron says Avatar 4 will be prequel

An Avatar prequel could be in the works someday, says director James Cameron. That’s after the second and third films, which haven’t even been completely written yet. The director is still working on the scripts for the sequels, which he plans to shoot back-to-back. The second film likely wouldn’t come out until at least 2015.

“It’s a logical thing to do because we’ll have completed the thematic arc by the end of three,” Cameron said of the Avatar prequel. “The only thing left to do is go back to see what it was like on those first expeditions and create some new characters that then become legacy characters in later films.”

So, what would the plot of the Avatar prequel look like? James Cameron revealed that the film would show audiences “the early expeditions of Pandora, and kind of what went wrong with the humans and the Na’vi.” He pointed out that the plot of the 2009 Avatar film takes place in a world where colonization has been going on for 35 years, which provides plenty of fodder for back story.

An Avatar prequel is still plenty of years away, though. The visual complexity of the original film made for a long production process, and Cameron’s crew is working on simplifying the process for the sequels. Cameron said he hopes for a “much smoother workflow” going forward.