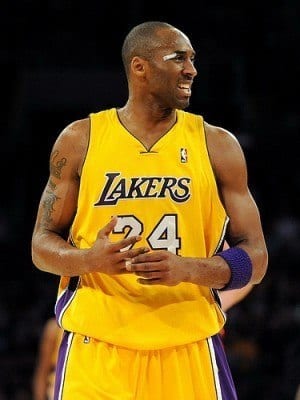 Former NBA star, Jalen Rose, came forward regarding a split-second decision he made during an NBA playoff game in the 2000 finals. During the finals, the Lakers were crushing the Pacers in game one and two and Kobe wasn’t taking it easy on Rose. In an interview with Dave Jacoby, co-host of Grantland, he admitted that he was having visible trouble keeping up with Kobe Bryant and felt enormous pressure to step up his game. It was after this that he made the in-the-moment decision that is causing controversy today.

Jalen Rose explained saying, “Kobe Bean Bryant goes up for a jump shot out on the right wing. I contest the jump shot. Kobe lands on my foot. He hobbles off and actually misses the next game. If it was up to me, he should’ve just missed the whole series. I would’ve had a championship ring and it would’ve been no harm, no foul.”

At first, the former NBA star didn’t come straight out with the truth. Jacoby had to prod Rose about the incident, telling him not to lie. It was then that Rose finally admitted he may have in fact put his foot under Bryant on purpose. Rose said, “I think I did it on purpose. I can’t say it was an accident.”

Of course karma caught up with Rose because the Lakers won the NBA Finals in six games that year. Bryant also didn’t disappoint, recording an 81-point effort in 2006 against Rose and the Raptors.

Despite the incident, Rose and Bryant have remained friends. However, things may change now that the star revealed he intentionally injured him. Kobe is bound to be a little salty about that one.

There has been no comment yet from Bryant or Lakers management.