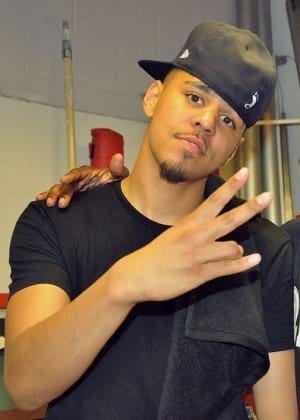 The acclaimed singer returned to his alma mater where he performed something sort of a homecoming show and this time, left with something he never received the first time around.

“If you have any outstanding fee, that translates to money,” the rapper said. “There’s a price associated with it. I never paid. That’s why I don’t have my degree.”

That all changed following his performance when Cole was surprised on stage by former provost and his former professor Dr. Julia Upton who presented him with the piece of paper — that represented a deal of time spent at the university, time he reflects on his latest album, 2014 Forest Hills Drive.

Cole joked that they let him slide for a fine that was more than five years past due and noted that he would be sending it off to one special woman in particular: his mom, a central focus of his latest album in which he reminisces attending college in New York City while his mom was back home on Forest Hills Drive facing foreclosure on tracks like “Apparently.”