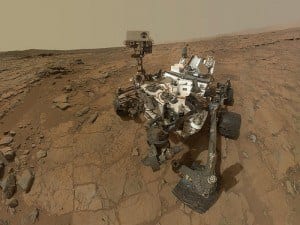 The world can now indulge in more outer-space fantasies about life on Mars, such as the movie John Carter, which was released in 2012, that told the story of a Civil War veteran that found himself on Mars to aid a Martian princess.

On July 21, 2013 Science Recorder confirmed that Caltech scientists believe that they have found signs that there was water on Mars.

Mars Reconnaissance Orbiter, which is circling the planet, took pictures that seem to confirm that theory.

Mike Lamb, the study’s co-author and an assistant professor at California Institute of Technology (Caltech) talked of the possibility before it was confirmed.

“Scientists have long hypothesized that the northern lowlands of Mars are a dried-up ocean bottom, but no one yet has found the smoking gun,” Lamb said.

The images that were received by the Reconnaissance Orbiter showed an ancient delta that seems to have emptied into a massive ocean. One-third of the planet is thought to have once been covered by water.

Roman DiBiase, the lead author and a post-doctoral scholar at Caltech, has high hopes for the findings and believes that they will soon have enough evidence to confirm the hypothesis.

“This is probably one of the most convincing pieces of evidence of a delta in an unconfined region — and a delta points to the existence of a large body of water in the northern hemisphere of Mars,” DiBiase said.

But, of course, no “smoking gun” has been found quite yet. While the findings are highly suggestive of the idea that there used to be life on Mars, John Carter has yet to find his real-life home on Mars.

Despite that, there is hope.

“In our work and that of others — including the Curiosity rover — scientists are finding a rich sedimentary record on Mars that is revealing its past environments, which include rain, flowing water, rivers, deltas and potentially oceans,” Lamb said. “Both the ancient environments on Mars and the planet’s sedimentary archive of these environments are turning out to be surprisingly Earth-like.”

Within the next few years I’m certain that the mystery will be solved and Lamb’s suspicions confirmed.

Previous ArticleComic-Con becomes scene of suicide attemptNext ArticleWhat is Guardians of the Galaxy?