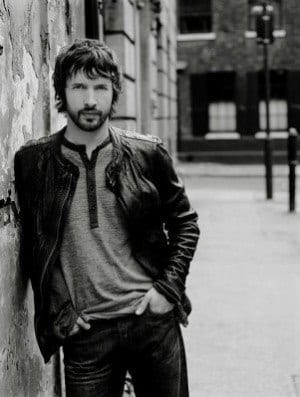 Mix CDs to high school sweethearts will never be the same without James Blunt coming up with more saccharine falsetto declarations of physical beauty and heartbreak. While it’s still unclear whether James Blunt is leaving the music world forever, he’s definitely taking some time off, so it’s back to fishing off the Juno soundtrack for all the lovebirds out there.

At the opening of Barbarella, a nightclub in London, James Blunt told the Daily Mail that he is taking “some time out for myself. I haven’t got any plans to do more songwriting.” The duration of his musical hermitage was not discussed.

“I have been chilling out since I finished my world tour and I’ve spent a lot of time in Ibiza, where I have a villa,” Blunt added. “[My girlfriend] Sofia and I had a great time hanging out with friends on my yacht but we partied as well.”

Grammy-nominated James Blunt has been busy since his 2005 album Back to Bedlam, which includes popular singles “You’re Beautiful” and “Goodbye My Lover” and earned him those five noms. He came out with two more albums, All the Lost Souls in 2007 and Some Kind of Trouble in 2010, and was back from a world tour when he dropped the bomb of his hiatus.