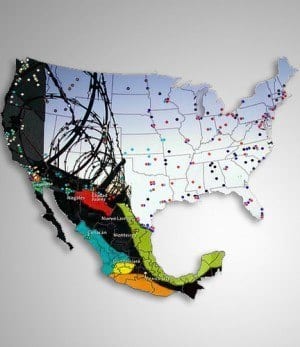 Joaquin “El Chapo” Guzman, the leader of Mexico’s largest drug cartel, was expected to be dead earlier today, as a body with a face similar to “El Chapo” Guzman’s was reported to be found after a shootout in Guatemala’s rural north.

After further investigation, Interior Minister Mauricio Lopez Bonilla announced that soldiers and police responding to the accounts of citizens near the Mexican border could not find any sign of confrontation or of “El Chapo” Guzman.

The Associated Press also found no sign of a shootout or “El Chapo” Guzman but did find a military checkpoint in the area, known to be the territory of a rival cartel of Guzman’s, Mexico’s Zetas cartel.

“El Chapo” Guzman is reported to be in hiding since his 2001 escape from a Mexican prison. Guzman runs Mexico’s most powerful cartel, the Sinaloa cartel, and is one of the world’s most wanted fugitives.

Government officials gave conflicting reports to media networks, saying that two people had been killed in the reported conflict and then that there were no confirmed deaths. Government spokesman Francisco Cuevas has not stated why the government was led to believe a man killed was “El Chapo” Guzman.

“El Chapo” Guzman’s estimated worth is over $1 billion. He was named by Forbes as the 63rd most powerful person in the world. He is widely considered more powerful and dangerous than Colombian drug lord Pablo Escobar, who was shot by Medellin security forces in 1992.