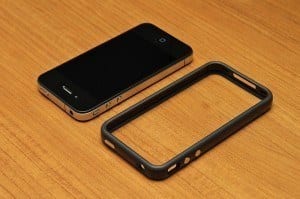 The iPhone 5 is something to wait for

People are pondering whether the iPhone 4 is worthy enough to buy now, as the iPhone 5 is predicted to be out shortly.

While not many of the earlier iPhones look any different from one another, the next iPhone, or iPhone 5, will have a longer, two-toned, grayish screen. The screen will be about four inches long, while the past few iPhone models have had three-inch screens, according to ABC News.

The iPhone 5 will also have a 19-pin USB connector as opposed to the usual 30-pin connectors the iPhone 5’s predecessors holds.

The iPhone dock will also be decreased in size. Also according to ABC News, the iPhone 5 will be faster.

And the back cover will be designed uniquely from the last few iPhones.

CNet viewed the previous iPhone updates to be rather minimal, as opposed to the substantial changes that are predicted for the iPhone 5.

Last quarter, Apple only sold 26 million phones, down from the 35 million they sold the quarter prior. But people predict the next phone, the iPhone 5, to increase sales with its more significant changes.

The iPhone 5 will feature tap-to-share and tap-to-pay capabilities with the new NFC chip, according to the China Times. The NFC chip opens a passbook app where iPhone 5 holders can make payments on their phones.

The iPhone 5 is expected for release this fall.

According to The Business Insider, “The iPhone 5 also has more riding on it than pretty much any product in history.”