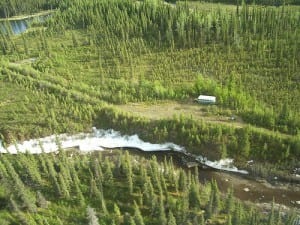 “Into the Wild” seems to be the inspiration for another tragic incident in the southern Oregon wilderness. Eighteen year old Jonathan Croom was the second young man to disappear into the wilderness this year after reading the book “Into the Wild.” Croom was found dead Tuesday near his abandoned vehicle near Riddle, Oregon. The death is being observed as a suicide and Croom is thought to have gotten this idea from the novel written by Jon Krakauer. “Into the Wild” depicts the story of Christopher McCandless, a man who embarks on a journey into the Alaskan wild and ultimately dies there after 119 days.

Croom talked to his parents a lot about “Into the Wild” and even specifically mentioned Christopher McCandless’ journey before taking off on his own journey into the Oregon wilderness. Jonathan Croom’s father David Croom said Jonathan’s sudden disappearance was due to the end of a relationship. “He was a young man who had a broken heart and headed out and tried to find himself,” he said. “We’re looking forward to finding out exactly what happened.”

When first looking for Jonathan Croom, Douglas County sheriff said that crews were calling his name and making noise, hoping he would respond. The investigation ultimately took a turn when they discovered text messages that were of a suicidal tone. “That led us to believe that he was probably going to do this,” said Hutson. “In these kinds of cases some people leave us very detailed notes and instructions. Sometimes, you don’t.”

This happens a few months after a 19-year-old Oklahoma teen named Dustin Self went missing back in March after he had watched the film adaptation of the novel “Into the Wild”, which starred Emile Hirsch as Christopher McCandless. Self had planned to check out churches in Oregon that engage in the practice of a South American religion that uses hallucinogenic tea as a sacrament.

Self was thought to have been hallucinating at the time he went missing, and access to his laptop revealed he was researching PCP and peyote before he left. Sherrif Dave Glerup believes Self is either dead or walked off of the Steens Mountain and hitchhiked to receive a ride somewhere after his truck got stuck on a backcountry track. The last search for Self was in the spring after the snow had melted, but traces of his whereabouts are still unknown.