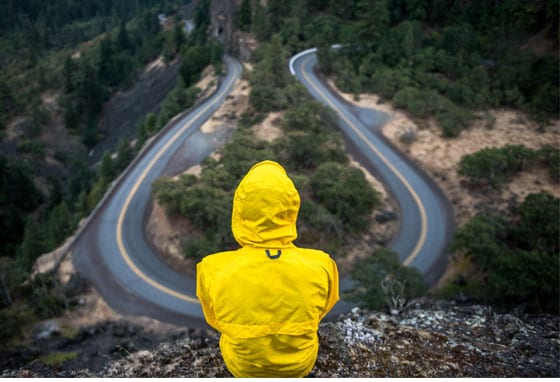 Have you ever thought about interviewing yourself in the future? Did it all turn out okay? What would you say if you could talk to yourself from 10 years ago? What about you 20 years from now, do you have anything you want to ask? I know I would tell 14 year old me to pay better attention, take AP classes, and move to New York sooner. As for 20 years from now, I think we all have the same question… How did our life turn out?

Wondering about your future is a common thought when you’re 18, graduating from college, and have your whole life ahead of you. The world is your oyster, the sky’s the limit, your future is so bright you gotta wear shades, and all that jazz. At 18 Peter “Stoney” Emshwiller was no different and had this thought as well and decided he was going to ask himself these questions so he could get some answers. So with a video camera his film maker father had on loan from PBS, four hours worth of questions and responses, Peter asked his future self-everything about the life they had lived… and then he waited… and waited.

You should also read: A pizza history of America

Peter told Today News about the experience saying “I’d planned to do it every 10, 15 years, make it an ongoing project… Maybe have five of me onstage talking to one another at some point. But every time I got older I kept thinking, ‘I don’t have anything to say to that 18-year-old.”

It wasn’t until recently after a nonemergency health scare was he prompted to finally face the younger him and look back on his life. Even though he is quite a success being a novelist, artist, magazine editor, filmmaker, actor, and happily married husband, Peter can’t help but still feel remorse. Also telling Today how “I’ve let him down in just about everything… He had such high hopes. He was the star in high school, in all the plays, winning all the awards and I thought back then it was going to go on like that. Like I would be George Clooney.”

Still with these thoughts daunting him occasionally, he is still hoping to turn his 38 years in the making interview into a film titled “Later That Same Life”. There’s a “sizzle reel” that he created in order to try and help to continue to raise funds for the project through crowdfunding. He is also now a finalist in a contest sponsored by Ovation TV.

Speaking to your younger self is a brave thing. When you start out in the world thinking that you’re going to do everything, you soon realize how easy it is to get taken off course. Sometimes things don’t go as planned and looking back at the younger you may leave you feeling like you failed. Reality check though, even if you’re not the absolute bomb.com that you had expected, if you’re satisfied and happy with your life (good job, health, and friends) then there is no room for disappointment.

You will also like: Pluto’s new moon causes both of concern and excitement