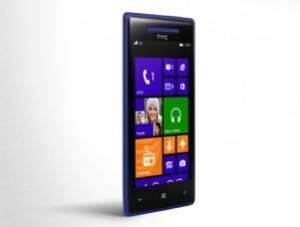 Power without the power

Microsoft recently released their newest operating system, Windows 8, to consumers and while it hasn’t quite been applauded by PC users, tablet and smartphones seem the perfect fit. Couple that with a hardware manufacturer who has a reputation for making useful, interesting devices and you end up with the HTC 8X. Delivered in the typical ‘candy bar’ design, the phone stands out physically and for the power it brings to it’s owners. Games, apps, pictures, and more are easily accessible with the Windows Phone 8 design and its integration into the cloud is seamless. The phone isn’t without it’s problems though and one glaring issue in particular should make you hesitant about choosing it over competitors.

As with all phones, and technological hardware for that matter, the first noticeable feature of the HTC 8X is its design. The rectangular shape is all the more pronounced by the fact that the corners aren’t rounded, ala iPod or any of the other devices that have flooded into the market. Instead, the corners have a sharper edge to them creating a distinct shape, even if it is one we’ve been familiar with since grade school. The reverse of the phone, where your hand sits most often, is a luscious blend of hard protective plastic with a soft, smooth texture.

And speaking of the back of the phone, for users who rely on swapping batteries you can forget it; which as it turns out is the biggest issue of the phone altogether. Instead of having access to changing the battery when it dies or won’t charge, users will have to ship the phone back in order to get it fixed. While an embedded battery is frustrating in-and-of itself, the fact that its life rivals that of a fruit fly also adds to the frustration of the device. Having to recharge once a day is bad enough, but times when you activate the WiFi, Bluetooth, or other options forces a second recharge during the late afternoon which is simply unacceptable. Especially considering the Flyer, HTC’s tablet PC, has an amazing battery life and with minor use can last days without being plugged in.

Internally the phone itself is quite a marvel to behold. Regardless of Windows 8’s success on PC, it’s clearly designed for the mobile user. The tile-based OS takes advantage of the phone’s monstrous 4.3” screen, which is also crafted from Gorilla Glass and holds up surprisingly well. The size of the screen projected at 720p resolution combined with the Windows 8 aesthetic allows users to easily navigate through their favorite apps and customize the setup to their own desire. Custom icon sizes gives users the ability to prioritize their most used versus other apps that are needed, but not necessarily as important.

Internal hardware is impressive and will cause some phone connoisseurs to nod knowing why the battery drains so quickly. With an 8 megapixel camera, shots are crystal clear and widescreen, allowing for more of the image to be seen. Additionally, the internal processor operates with a dual core at 1.5 GHz, makes efficient use of the 1GB RAM, and allows users to take full advantage of apps and Xbox games with 16GB of internal memory, though some of that is taken with the OS and phone carrier’s included apps. Finally, Beats Audio is back and allows music to come through clearer, with deep bass and sharp trebles. Granted, that’s only with headphones plugged in, but the inclusion of one of HTC’s most impressive features is certain to make music aficionados ecstatic.

Amazingly clear pictures, a super-sized screen, extremely lightweight, and with a good size to fit into most hands, the HTC 8X is a marvelous phone and represents Windows Phone 8 products to its height. Unfortunately the embarrassing lack of battery power is sure to drive users away though. By requiring the phone to be a nearby power supply at all times, the ‘mobile’ is removed from mobile phone and causes users to remain tethered to a micro-USB port constantly.

For more information on the HTC 8X, visit their website.