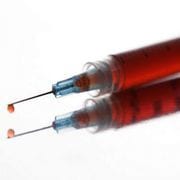 What it is and how to prevent it

In the United States, an estimated 75 to 80 percent of men and women will be infected with the Human Papillomavirus (HPV) in their lifetime. It has become the most common STD spread in the U.S., according to Centers for Disease Control and Prevention (CDC).

But the most troubling issue remains that many people who are infected don’t know it. HPV often has no signs or symptoms, which means people are able to contract the virus and pass it on to a significant other without knowing. In the U.S. alone, there are approximately 20 million people that are currently infected with HPV. Another 6 million people become infected each year, according to the CDC.

The HPV vaccine is a series of three injections that need to be taken in sequence, in order to be effective. The drug company price for either vaccine is about $130 per dose. This cost does not include the cost of giving the shots or the doctor’s charge. Most insurance plans will likely cover the cost, but as the American Cancer Society (ACS) suggests, check with your insurance plan first to be sure.

“I got vaccinated when I was 20. My mom heard of HPV shots and insisted that my sister and I get vaccinated,” said Allison Bohannon. “My family has a history of cancer and even the smallest chance of preventing cervical cancer, sent my mom into high alert.”

According to Gardasil, and HPV vaccine manufacturer, there are an estimated 74 percent of new genital HPV cases that occur in individuals between the ages of 15 and 24-years-old. HPV can be passed through any genital contact; spreading HPV is not limited to sexual intercourse and can be passed by skin-to-skin contact.

The HPV Test shows that there are about 30 types of HPV that are spread through direct genital contact. Marie Savard, MD, internist women’s health expert and author of “How to Save Your Own Life” and the “Savard Health Record” has grouped the varying types of HPV into two categories. The “genital” types of HPV are either: 1) “high-risk”—which means they can cause certain kinds of cancer if the infection continues or 2) “low-risk” – which means they are not connected to cancer, but can cause genital warts, reported by The HPV Test.

For most individuals the virus will clear on its own, but if it doesn’t, those who don’t get treated can be faced with serious consequences. The virus can lead to genital warts, as well as ovarian, vaginal, anus, penis and throat cancer; however, HPV most often causes cervical cancer in women.

There are preventative measures that can be taken, including a vaccination from Gardasil that helps protect against two types of HPV that causes approximately 75 percent of cervical cancer cases in girls and young women that range between the ages of 9 to 26. In addition, there are two more types that cause about 90 percent of genital warts cases for both men and women. Boys and young men between the ages of 9 to 26 are able to receive Gardasil as a method of protection for genital warts; however, it has not been effectively proven to prevent HPV in men.

Due to the high demand for the vaccinations, many believe girls and young women should be required to become vaccinated as part of their academic immunization. However, Jon Abramson, chairman of the CDC’s Advisory Committee for Immunization Practices, told CBS News that he has recommended that sixth grade girls get vaccinated. But he added, “I do not think that HPV should be mandated at this time.”

An alternative vaccine, Cervarix, is available for girls and young women starting as early as 10-years-old. Cervarix protects against HPV types 16 and 18, which have proven to cause 70 percent of cervical cancer, according to MedScape News.

The purpose that pushed for the development of both HPV vaccines was to create preventative options for both men and women against HPV. According to Diane Harper, MD from the University of Missouri Kansas City School of Medicine, Cervarix is the better of the two vaccines.

Reported by MedScape News, “I realize that this may sound like an advertisement for Cervarix, but these are the facts,” said Harper. “If you bother to vaccinate in countries with screening, then you want to vaccinate with the vaccine that will offer you the greatest cancer protection.” Harper was involved in both Cervaix and Gardasil’s clinical trials.

According to the ACS, even though research shows that few women who contract HPV actually develop cervical cancer, there are steps that can be taken to lessen the odds even further. A Pap test is the most effective and common method of testing for cancer. The Pap test looks for changes in the cervix that might lead to cancer and if there is an occurrence of cancer, the Pap test can detect it early. This will make treatment easier and more successful.

While there is still no treatment for HPV specifically, which causes cervix cell changes, the cell changes that HPV can cause in the cervix can be treated. It is common for most HPV infections to go away without treatment. Still, the effects of HPV can be limited by taking the proper precautions. In combination with testing and screening, using condoms is a more economical option and they can also reduce the chances of HPV. Condoms do not completely guard people from the virus, but they are helpful in protecting against other infections, according to the ACS.

Vaccines can protect males and females against some of the most common types of HPV, but according to CBS News, “We have no clue yet what the uptake will be for this vaccine,” said Abramson.