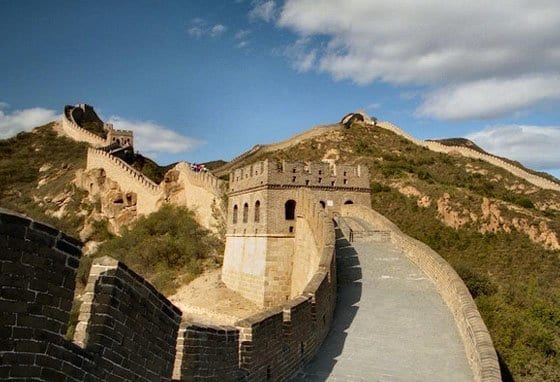 Unless you have compelling business there, you’re not likely to visit China as a tourist any time soon. But they set the bar lower than you might think for what constitutes “compelling business.” Do you want to open a KFC near Tienanmen Square? Are you a serious Wushu buff? Do you have a 24-hour layover in Shanghai even though you’re going somewhere else? You just might qualify for a tourist visa!

China is huge and most of it isn’t very touristy. You can get into Hong Kong or Macao easily enough; those are semi-autonomous districts with their own currency and border controls, which makes them “China with an asterisk.” Taiwan, the Schrödinger’s Cat of foreign countries (“It’s part of China!” “No, it’s an independent country!”), requires no visa for US citizens, but it’s of limited interest to American tourists right now. If you want to visit the People’s Republic as a tourist, your main choices are Beijing, Shanghai, Qingdao and Hainan.

(A quick note on Chinese proper names: About 40 years ago, most American publications and diplomats used southern Chinese, or Cantonese, as their default for pronunciation and transliteration. They switched to northern Chinese, or Mandarin, shortly after Chairman Mao died. Mao Tse-Tung and Tsingtao became Mao Zedong and Qingdao, among many other differences. The Chinese consider Cantonese and Mandarin to be different dialects of the same language, although few American linguists agree, and anyway I’ll be sticking mostly with Mandarin.)

Beijing is China’s capital. By most measures, it’s one of the largest cities in the world. It’s divided into 16 different districts, but as a tourist you’ll be focusing on one, Dongcheng, the heart of downtown. It has the Forbidden City, Tienanmen Gate and Mao’s Tomb (all of these are part of the same complex) and big, fancy shopping malls and restaurants. Some tourist maps make it look like the Great Wall is just a few subway stops away. In fact, it’s about 20 miles north of the city and you need to hire a tour guide to drive you. The tour guide is also getting paid by various schlock merchants to stop by their stores on the way to and from the Wall, so adjust your expectations. The “Teahouse Scam” is big business here, so be wary of cute young Chinese women who want to “practice English” at a local teahouse with you, unless 700 Yuan ($117 US) sounds like a fair price for tea to you. Beijing is often smoggy and has the freakiest skyline of any major city outside Barcelona.

Shanghai is bigger, richer, fancier and more expensive than Beijing. It straddles the Huangpu and Yangtze Rivers. The touristy parts are the Bund, on the west bank, and Pudong on the east. The Bund has all the fancy hotels (In China, most hotels are not licensed to lodge foreigners) and shopping on Nanjing Road. It also has more “lady massage” pimps and touts per capita than pre-Giuliani Times Square, so be cautious about making eye contact. Across the river, circling the Oriental Pearl TV Tower, is a super-modern complex of shopping malls and office buildings. About 30 years ago these were slums and mud flats; now it’s the most distinctive skyline in the world. Stark Tower would look very much at home here.

Qingdao (pronounced CHING-dow), formerly “Tsingtao,” is where they make that beer you keep seeing on the menu in every Chinese restaurant in America. The city was more-or-less a German colony around the turn of the 20th Century and they have a lively nightclub district you should find with little difficulty. Qingdao is a beach and port town, and they offer a wonderful variety of scenic boat rides.

Hainan is a province, not a city. If you look at a map, it’s the big island off China’s southernmost mainland, kind of near Vietnam. It’s balmy, it has beaches, and it has the best air quality you’re likely to encounter in China. It’s where most Chinese go (or want to go) for vacation. It’s the nearest part of China to the disputed Spratly Islands, so there’s a big military presence there. But they do encourage tourism, both foreign and domestic. It’s also where a US military plane had to land after colliding with a Chinese plane back in 2001. You could say they’re used to foreigners.