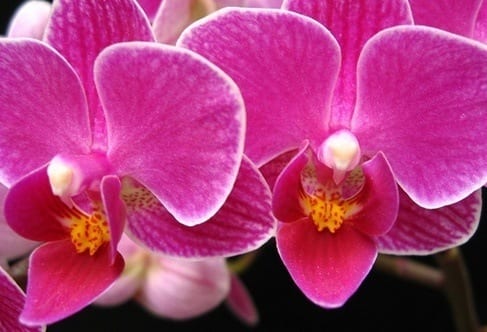 There’s no shame in admitting that you, at some point in your life, ended up throwing what was once a magnificent and blooming orchid into a dirty trash can, which is why we want to teach you how to care for orchids. Orchids are one of those strange and wonderful gift items that can be found both in specialized shops and random grocery stores. It can magically be given for occasions ranging from romantic ventures to sympathetic greetings, and almost always comes across as both a thoughtful and artistic gesture. That means you’ve probably received an orchid at some point. Unfortunately, that also means you’ve probably thrown that orchid away by now, as most orchids don’t come with proper care sheets or expectations with handling. Here are a few reasons your orchid’s delicate life may have faltered and failed.

A Quick Lesson in Botany

“Orchidaceae” is a diverse family of plants that have exquisite blooms which are often colorful and fragrant. The Phalaenopsis orchid is the most common orchid found in grocery stores like Trader Joes or Safeway. They have large, splendid blooms that are frequently vibrant shades of pink or purple. Another crowd favorite is the Dendrobium, which is typically yellow with angular petals. Keep in mind that different species of orchids require variations in care, and the following tips apply only generally to the whole family.

Orchids are commonly thought of as tropical plants requiring significant amounts of humidity and moisture. This may lead you to believe that you need to keep your orchid brimming with water at all times- but you don’t. In fact, most orchids prefer it if you’d neglect them a little. Don’t rely on schedules when watering an orchid, as seasonal changes can cause your orchid to have different needs throughout the year. Test your orchid’s soil or bark by reaching to the lowermost level with your finger. If there is only a slight feeling of dampness or no dampness at all, you are free to water your orchid. When there is moisture readily present, you risk causing molding and rot on your orchid’s roots by watering it too soon.

The “pot” that your orchid comes in from the grocery store is not sufficient for your orchid’s long-term health. Usually these “pots” consist of a ceramic exterior that holds a plastic cup with the orchid inside. This means that there is no soil or bark for the orchid’s roots to glean nutrients or steadiness from. When you get your orchid, repot it in a pot that has holes along its sides and use an orchid-specific bark in its new home. While your orchid may survive in its original encasing, it won’t be nearly as healthy as it would be if placed in an aerated pot with nutrient-rich bark.

Don’t use ice cubes to water your orchid. This might be a strange thing to have to say, but there have been a plethora of “ice cube orchids” readily available at mainstream grocery stores that claim to only need an ice cube to be maintained. It is recommended that you use room-temperature filtered water to water your plant with, and that you soak the orchid’s root systems and bark entirely when you do, straining out the excess water so that there’s no chance for water to gather. Putting a freezing cube of ice onto your orchid’s delicate roots is pretty rough, and definitely won’t promote the general health of your orchid.

You should also read: Whole Foods overcharging for Kale?

No Bloom Doesn’t Mean No Life

Your orchid will naturally drop off its flowers at some point. Some orchid species are prone to blooming once or twice a year, but for extended periods of time. When your orchid’s flowers begin to wilt, trim the dead blooms to make way for the new ones or the ones still living, and go so far as to even remove the stem when it is no longer producing blooms. This will make way for new stems in the future, and it helps the plant to direct its energy into growing new leaves and into being generally happy and healthy. Have patience with your orchid, as it will eventually be colorful again.

Orchid gifts are beautiful and everlasting treats when given the proper attention and affection. Make sure you repot your orchid in an appropriate pot with appropriate bark and that you water it the way that it needs. With the proper steps, you can keep that treasured gift alive with ease.

You will also like: Florida Shooting Over Food Argument

Previous Article3 Reasons Why You Should Go Ahead and Learn How to CookNext ArticleCostumes4less.com – The NAME that spells trust and trendiness in the Halloween Costume Sector