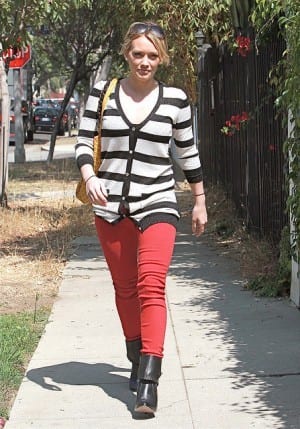 Hilary Duff returns to the spotlight with announcement of her forthcoming album and new single after signing to RCA Records.

Blonde babe, Hilary Duff most known for her role in Disney Channel’s Lizzie McGuire used her acting success to jumpstart a music career with releases of her hit songs “So Yesterday” and “Come Clean” from her 2003 album, Metamorphosis. Other hits include “Wake Up” from her 2005 album, Most Wanted and “Fly” from her 2007 album, Hilary Duff.

Duff, who recently signed to RCA Records, will be releasing her untitled album this fall and recently announced her lead single, “Chasing the Sun,” will be available for download July 29th.

“Chasing the Sun” was written by Colbie Caillat, Toby Gad and Jason Reeves and according to Duff, is a light and fun summer song with a carefree vibe.

The official music video for “Chasing the Sun” will debut on Vevo July 29th.