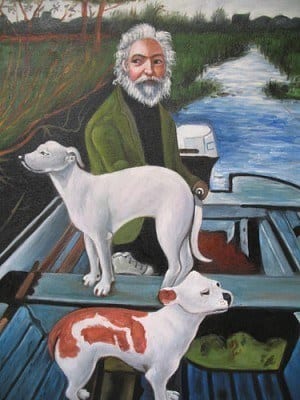 The former informant’s story became immortalized in the film “GoodFellas”

Henry Hill, the former member of the Lucchese crime family and whose story has been immortalized in the classic film GoodFellas, passed away Tuesday as the result of complications from smoking, according to Nate Caserta, the son of Lisa Caserta, Hill’s girlfriend.

Henry Hill served with the Lucchese crime family throughout the 60s and 70s before becoming an informant against the syndicate under the umbrella of the witness protection program in the 80s. Hill has admitted that he did “a lot of bad things back then.”

“I shot at people. I busted a lot of heads and I buried a lot of bodies,” Henry Hill said during a 2010 interview with the London-based Daily Telegraph. “You can try to justify it by saying they deserved it, that they had it coming, but some just got whacked for absolutely no reason at all.”

Henry Hill, 69, passed away Tuesday at West Hills Hospital in West Hills, Calif. Hill had undergone open-heart surgery in 2011 and died resulting from complications of heart problems related to smoking, according to Caserta.

Hill’s criminal acts were well documented. In 1978, Henry Hill took part in the single largest cash robbery in U.S. history, stealing $5.8 million from the Lufthansa air cargo terminal at JFK International Airport. Hill was also implicated in the fixing of Boston College basketball games during the 1978-79 season, as well as the 1967 robbery of $420,000 from the Air France terminal at Kennedy Airport.

Henry Hill became an informant for prosecutors following his 1980 arrest for running a cocaine smuggling operation. At the time, Henry Hill had become paranoid that his associate and reputed mastermind of the Lufthansa heist, Jimmy “The Gent” Burke, would attempt to silence him from testifying against him. According to Hill, Burke began killing anyone who had been associated with the robbery to both keep from sharing the profits and to ensure there were no rats.

Hill’s testimony regarding the 1978 airport heist, murders and other crimes resulted in about 50 convictions, including Burke (who later died in prison) and a Lucchese crime family captain, Paul Vario.

“Initially, I had a lot of remorse, and it took me a long time to forgive myself for what I did, for being a rat. But I knew I saved a lot of lives by putting a lot of horrible people away. You live by the sword, you die by the sword,” Hill told London’s Daily Telegraph.

According to a 2001 Associated Press story, Henry Hill was released from the witness protection program in 1987 after being convicted of burglary, assault and three DWIs.

Henry Hill spoke with the British newspaper the Sun in 2010, stating of his attraction to the mob: “I was intoxicated by their lifestyle when I was young. Those guys were the role models of my neighborhood; they were the guys with Cadillacs and diamond rings and a girl on each arm.”

Hill has maintained that he never murdered anyone, acting only as the “money man.”

“I never killed anyone personally, but I buried a lot of bodies. They would whack somebody, and I had to go and dig the hole,” he said. “I witnessed a lot of executions, maybe 10. I’ve seen guys killed for nothing. I had many sleepless nights, and I still do today.”