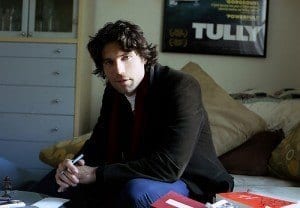 AMC attempts to revive the Western

AMC’s newest endeavor “Hell On Wheels” premiered Sunday night with a bang.  And a slice.  And a stab.  The Western drama, set post-civil war during the railroading of America, stars Anson Mount as Cullen Bohannon, the show’s hero…kind of.

Bohannon shoots a man to his death in a church confessional during the opening scene, says Entertainment Weekly.  It is revealed later that he is obsessed with avenging the murder of his wife, but the character takes blurring the line of ‘bad guy’ and ‘good guy’ to a new level.  While seeking out his vengeance, Bohannon takes work as a foreman, overseeing construction of the transcontinental railroad.  Although before the closing of the episode he slits his boss’ throat, so he may have to seek new employment.

Tom Noonan appears as the eccentric—or creepy—preacher and Colm Meaney is convincing as the corrupt proprietor of the railroad.  Musician/actor Common plays Elam Ferguson, an emancipated slave who looks to be developing a strained friendship with Bohannon, based only on their mutual anger at the world.  Bohannon is badass enough for not only the west, but the entire span of the eventual railroad, and there will no doubt be a struggle for the title of baddest between himself and Ferguson.

A notable performance was also given by Dominique McElligott as Lily Bell, the wife of a mapmaker and sole survivor of an attack by Indians native to the territory being taken over by the railroad.  After failing to protect her husband’s life, she delivers a fatal stab to the throat of her husband’s murderer with his own arrow.  Female badass? Yes, please.

After many attempts by others to revive the Western genre, “Hell On Wheels” is brimming with enough blood, guts, and badasses to appeal to a modern audience.  Viewers will definitely return next week out of curiosity, but AMC will have to keep it up for a hit.