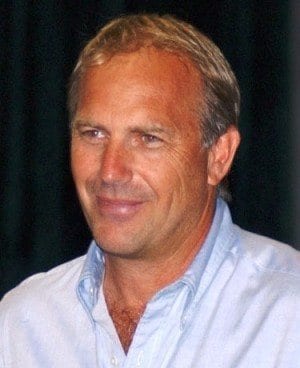 The miniseries that turns the public’s attention to Kevin Costner

Reviews of Hatfields & McCoys are mixed as are reviews of Kevin Costner himself. Some tweets just express pure dislike of the actor. Mainly, Hatfields & McCoys has been earning Costner the spotlight.  And now he is on an expedition somewhere, but his M.I.A. status is not alarming to Leslie Grief, CEO and founder of Thinkfactory Media.

“He has a company that goes on explorations, and he’s on a treasure dive in parts unknown. He’s diving for treasure,” Grief said. Grief assumes that the Hatfields & McCoys star is simply exploring off the coast of Africa.

Grief said, “This is a good omen,” because the last time he missed a movie premier was for Dancing with Wolves, and the movie won an Oscar.

One of the tweets responding to the Hatfields & McCoys debut is Rebekah Johnson’s: “…Forgive before it snowballs. Watch your back. Trust with care. Target with practice (just in case).” And another Twitter response from Woody Wood reads, “Watching Hatfields & McCoys on the History Channel? Not me. In Tennessee, when we wanna see hillbillies fight, we just go to Wal Mart.”