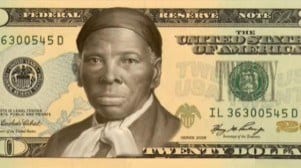 The winner chosen was Harriet Tubman (1822-1913), an escaped slave who became one of the most well-known abolitionists of the time. She is famous for her work as the “conductor” of the Underground Railroad, an elaborate secret network of safe houses leading escaping slaves to freedom in the North.

The Women on 20s campaign has been gaining popularity over the past few months, popping up on social media feeds and news outlets. The campaign’s reasons for choosing the $20 bill include the fact that although Susan B. Anthony and Sacagaweas were used on dollar coins, those coins are rarely used except at transit stations (and have a small circulation of Sacagaweas coins of about 3 million by 2012),

In contrast, the $20 bill is widely used in circulation in wallets, ATM machines, and other places.

Why Replace Andrew Jackson on the $20 bill?

When Will Harriet Tubman Be On the $20 Bill?

The Women on 20s campaign hopes that Harriet Tubman $20 bills will exist by 2020, the 100th anniversary of women’s suffrage, the passage of the 19th Amendment that granted women the right to vote.