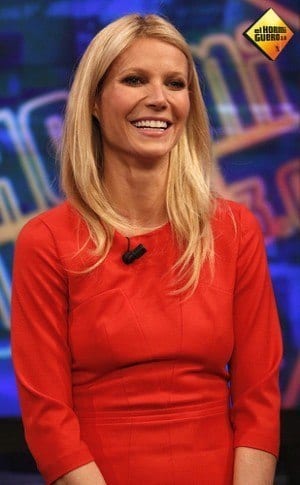 Gwyneth Paltrow most beautiful woman in the world? She disagrees.

Gwyneth Paltrow may have just been named the most beautiful woman in the world by People Magazine, but that doesn’t meet the 40-year-old star and mother of two agrees with the new title.

“It’s funny, these things, because it’s like obviously not true. But it’s very sweet to be named that,” Paltrow told The Associated Press. “Because I mean you can’t say that, you know! But it’s been wonderful. It’s been very wonderful. And as my friend said, it’s so nice that someone who has kids and is a mom and is not like 21 is named that. It’s really an honor,” the star said on the red carpet of the premiere for “Iron Man 3.”

Gwyneth Paltrow says that her two children weren’t aware of the news in this week’s edition of the magazine, but she has gotten plenty of emails from friends and family congratulating her for the accomplishment, according to CBS News.

Paltrow, the popular star of the first two Iron Man movies and smash hits like Shallow Hal, will be returning to the big screen in the third installment of the Iron man franchise.  Of her character, Pepper Pots, Paltrow says that she is proud to once again play the superhero’s longtime assistant turned business partner and love interest.

““I love Pepper. I think she’s wonderful, I love playing her, and especially in this one,” Paltrow told Lara Spencer in an interview that aired today on “GMA.”

Paltrow enjoyed wearing her first super hero suit in the flick, mostly because it earned her “cool mom” status with her son, Moses, who enjoyed some time on set.

“My son, he was on set, and he’s an ‘Iron Man’ fan was like absolutely in awe.  I don’t think he’s ever been so happy that I was his mother,” she said.

Iron Man 3 is set to hit theaters Friday, May 3rd.