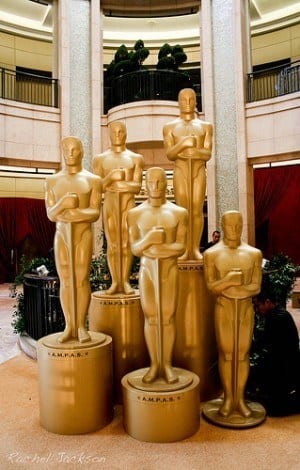 The Oscar nominations are in! And they are just as predictable as expected, considering the Golden Globes is usually a dead giveaway on what the outcome of the Academy Awards will be. This year will be the 86th annual Academy Awards and hopefully it can refrain being a snooze fest with the charismatic Ellen Degeneres hosting this year’s festivities. On Thursday, the breathtakingly handsome, Chris Hemsworth and Cheryl Boone, the President of the Academy of Motion Picture Art and Sciences took to the podium to announce the nominees.

The nominations are headed by the space-defying “Gravity” and the cheeky “American Hustle”, which both are going in with 10 nominations each. “12 Years A Slave” comes in as a runner-up with 9 nominations.

Below is the list of the nominees in some of the major categories:

“The Wolf of Wall Street”

The Academy Awards will air on ABC on March 2, starting at 7 p.m. ET. For a full list of nominees go to www.oscars.org.