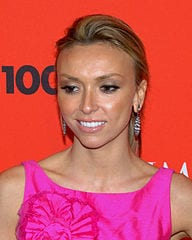 Multiple lumpsectomies have not removed cancer

Giuliana Rancic has decided to be more aggressive in response to her cancer, according to People Magazine.

Rancic recently made an appearance on NBC’s “Today” show with her husband Bill Rancic, where she revealed that she considered having an additional lumpsectomy and radiation treatment.

The 36-year-old E! Channel host said she and Bill decided on the more drastic approach to treatment because, “they want to be sure the cancer is gone.”

The double mastectomy option will make the cancer much less likely to return as well.  According to Rancic’s doctors, there will be less than a one percent chance.

While the couple’s dreams of having children played a part in the decision to opt out of radiation therapy, Giuliana said that “at the end, to be honest, all it came down to was just choosing to live, and not looking over my shoulder for the rest of my life.”