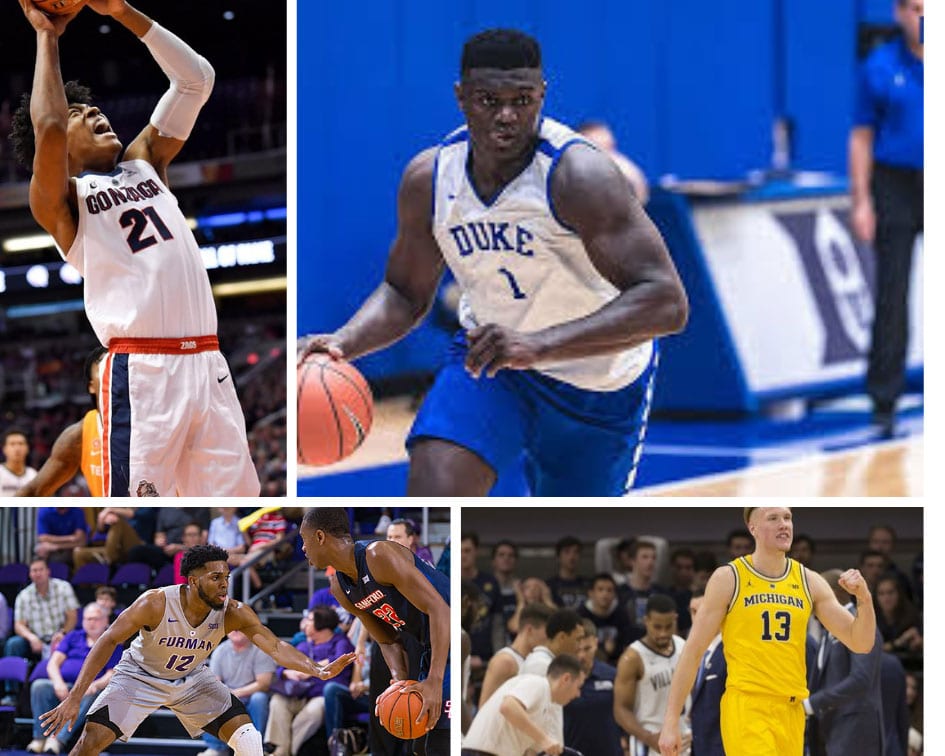 Every year, March Madness brings a fresh set of expectations and excitement with its promising players and bracket filled to burst. Here’s what to expect from this year’s tournament.

We have entered the era of the “superstar,” many of the heralded programs across the country have found themselves falling victim to the one-and-done culture in basketball, resulting in an overwhelming number of 19-year old young men prematurely jumping from college to the NBA.

This rule, constituted by the National Basketball Association in 2005, by then-Commissioner David Stern, has continued to be a controversial topic among amateur and professional sports enthusiast. This rule has created a dynamic where the best players simply attend college for one season of basketball in an effort to reach the NBA as quickly as possible. With this rule, we have seen coaches like John Calipari of Kentucky thrive off the notion that he can provide players with the most competitive platform to prepare them for long careers in basketball and hopefully NBA success.

It has helped create a number of millionaires, but at what expense? Many of our college institutions are losing their best talent to the NBA on a one-year lease program dictated by the NBA. The college system has begun to lose its luster as players are seeing their peers forego college to make millions playing the game they love. It unconsciously pits student-athletes who may be borderline or have little chance to reach professional status against those who choose to lease their talent to the college for a singular year.

It also places the college in a moral position to dictate who and how someone will pursue their professional aspirations. This can be problematic if these institutions are more concerned with their bottom line than preparing their student base for success post-college. These are some of the many wrinkles that this rule has fostered, and we have reached a point in history where basketball will eventually dictate the overall ideology of amateur sports across the country. The demand and popularity of basketball will supersede its need for organizations that choose to profit off of players and the culture of basketball but do little to enhance the lives of the people they are exploiting along the way.

Why this is relevant?

NCAA basketball/March Madness is an American past time and offers us a first glance at some of our favorite athletes. March Madness alone has helped countless young men and women transform their families financial, economic and sociological circumstances. This year is no different. We have reached the tipping point of the one and done culture.

The results have left us wondering if it is actually beneficial to the NBA, NCAA or the player themselves. Forcing an athlete to participate in collegiate sports is unnecessary and simply goes against any other industry in the world. No other profession forces you to be good at everything else but the thing you are good at. Sports are big business and the athletes who participate in it should be a major piece in the revenue distribution on all levels.

The most glaring difference in the one and done era is that the talent has not produced a high level of winning. Outside of John Calipari Kentucky team led by now, NBA All-star Anthony Davis in 2011, the one and done athlete has routinely fallen short in the big games including the tournament. It has allowed for the older players to showcase their experience over the youthful talent which has resulted in nearly 80 percent of the NCAA Champions since 2005 to be led by seniors and upperclassman including Villanova who has won two of the last three NCAA Championships with older more experienced rosters.

With all of that being said, this season has provided us with some of the best one and done talent we have seen in a long time. The popularity of R.J. Barrett, Zion Williamson and Cam Reddish at Duke strongly resembles Michigan’s Fab Five of the early 90s. Players like Mac McClung of Georgetown, Bol Bol of Oregon are names who have been built through their high school campaigns. Many of these names have larger followings than many third tier NBA players. This is a unique problem that the NCAA must deal with as the growth of social media starts to dictate who is or is not a great athlete.

Coach Krzyzewski of Duke has long lamented the idea of one and done players usually only keeping one or two on his active rosters. That was until this year, he has the top three prospects in the country playing together. They are all studs and plan to enter the draft this summer. They are basically the face of college basketball right now and will be throughout the remainder of the season.

In a field of 65, the NCAA tournament provides a dream-like platform for aspiring basketball players. This year we will have an influx of small to mid-major colleges and universities making their name throughout the country. There are five teams I have been paying close attention to that may not be on most analyst radar but could make some noise come tournament time.

Memphis is finally starting to shake out of their short lull since John Calipari took his coaching and recruiting greatness to Kentucky. Although they stumbled out of the gate to a 5-4 start you can tell they are starting to get comfortable with the pace and style of college basketball. They hired former NBA All-Star and Memphis basketball legend Anfernee “Penny” Hardaway this past offseason. This alone has brought the energy back to Memphis basketball, and once they figure out how to compete on a consistent level, they could be a team to reckon with come tournament time.

After starting out the season hot, Arizona State looks to take their early success for a deep run into the NCAA Tournament. They are a veteran team with only four freshmen. Their experience could make them a solid sleeper team to deal with coming out of the PAC 12. The PAC 12 may not be as elite as it normally is, so this is a great season for ASU to make their push.

Early season wins against Oregon, Oklahoma State and LSU has put Houston in the top 25. The Cougars have proven they are for real. Their 8-0 start puts them in a great position to surprise a lot of teams when the tournament arrives and in a first-place position in the American Conference.

After defeating the defending National Champions in #8 Villanova, Furman has been as confident on the court as you can be. Lead by junior Jordan Lyons they are positioning themselves for a sweet Cinderella run in the NCAA tournament this year. This is another example of experience playing a big factor in this one and done culture.

Nevada has come out of the gate on fire, knocking off Arizona State and winning at USC. They are led by returning senior forward Caleb Martin who averages 18 points per game and five rebounds adding to his great junior campaign last season. With only two freshmen on the roster, this is another veteran team poised to make a big run late in the season.

Now that we have discussed some teams that may surprise us this season, let us go into some more detail about the teams that are no surprise but are legitimate contenders for an NCAA National title.

As I said earlier, this powerhouse program is led by the top three prospects in the country. One of which is already being compared to LeBron James (Zion Williamson) and he isn’t even the best player on the team (R.J. Barrett). They also have a solid freshman point guard in Tre Jones who was also highly rated in High School and spent most of his time recruiting his current teammates. With R.J. Barrett running the show and Cam Reddish and Zion Williamson as the perfect pieces on his side, the Blue Devils look extremely dangerous. The only concern is the experience level, but if these boys continue to play at the level they started the season at, they will definitely have a deep run in the tournament.

Tennessee has a storied basketball program and has routinely been in a position to be successful in the tournament. It hasn’t necessarily turned out to bring them championships, but this season feels a little different. After a close loss to No. 1 overall Kansas Jay Hawks, the Volunteers bounced back to defeat the No. 2 Gonzaga in a thriller. They are a team to reckon with coming out of the SEC. The SEC has five teams ranked in the top 25 including Kentucky, Auburn and Mississippi State. This provides Tennessee with great competition and no excuse to make a push for SEC Title and a deep NCAA tournament run.

After the embarrassing loss to Villanova in the National Title game last season, Michigan has come out of the gate firing on all cylinders. They have already defeated three top 20 teams including a 73-46 beat down against the defending Champions Villanova in their home gym. Michigan is looking like a team poised to cut down nets this year; their only obstacle may be playing Duke or Kansas before the Final Four or Title game.

Gonzaga has been a staple in the NCAA tournament for seemingly two-decades now. They are looking like a team that is talented enough to beat anyone. After taking down the juggernaut Duke Blue Devils early in the season, they showed they can compete in big games and chaotic atmospheres with the best of the best. Gonzaga has done a rare thing and turned a yearly Cinderella story to a perennial basketball powerhouse program.

Kansas Coach Bill Self is one of the best coaches in the country and has shown a level of consistency only rivaled by a few of his contemporaries. Once again, he has put together a powerhouse team who despite losing some of their key guys to the NBA still is good enough to cut down the nets in March. Kansas is led by junior forward, and Memphis transfer Dedric Lawson, who is averaging 19 points and 10 rebounds a game for the Jay Hawks so far.

These five teams could interchange with each other all season but should prepare us for a special and competitive NCAA tournament in March. We have big name players and big-name programs to go with a large group of smaller colleges and universities who are looking to make a name for their program as well. The demand for great basketball is at an all-time high, and I look forward to watching it play out this year.

Previous ArticleBrush Off Your Midterm Woes: It’s World Sleep DayNext ArticleIntroducing Oui Juice and The Health Benefits of Juicing For Your Body