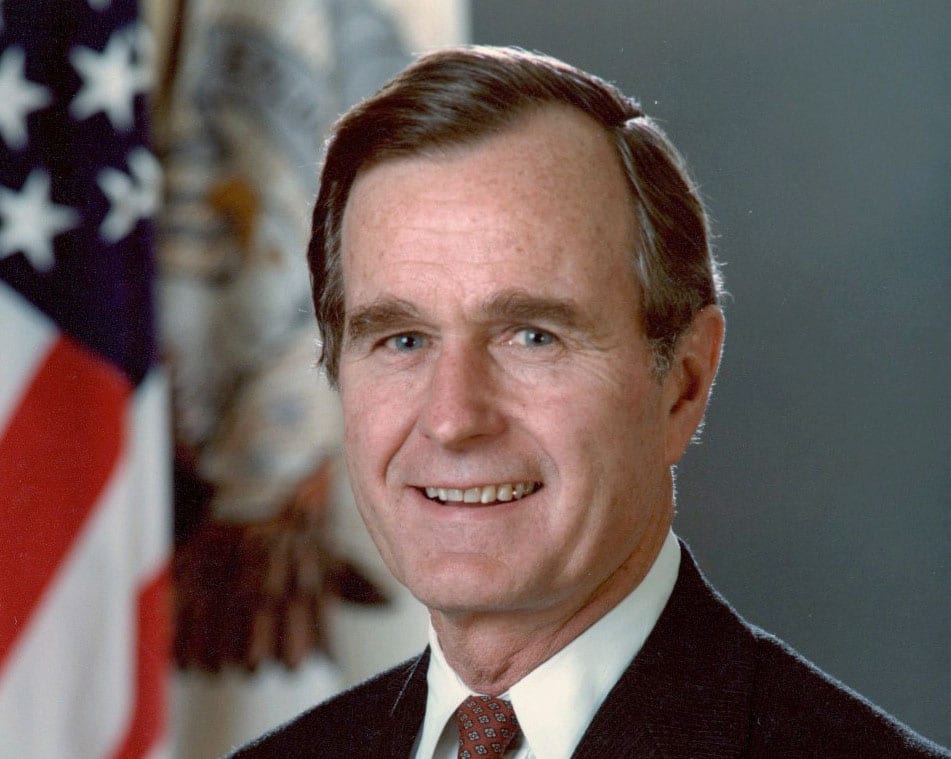 George Herbert Walker Bush, the 41st president of the United States and the father of the 43rd, died over the weekend at his home in Houston, Texas. He was 94.

His body will lie in the Capitol Rotunda in Washington DC from Monday evening to Wednesday morning—a rare honor.

Hailed by many around the world as the country’s greatest one-term president, Bush saw the US through a turbulent period in global relations, including the breakup of the Soviet Union and the Iraqi invasion of Kuwait.

“He was 94 and is survived by his five children and their spouses, 17 grandchildren, eight great-grandchildren, and two siblings. He was preceded in death by his wife of 73 years, Barbara; his second child Pauline Robinson ‘Robin’ Bush; and his brothers Prescott and William or ‘Bucky’ Bush.”

His death comes less than eight months after that of his wife, Barbara Bush. The day after her funeral, he was treated for an infection that had spread to his blood.

Bush also suffered from vascular Parkinson’s disease that had forced him to use a wheelchair in recent years. In and out of hospitals since 2012, the Republican remained active well into old age despite his deteriorating health.

In 2013, while suffering from bronchitis, he told well-wishers to “put the harps back in the closet.”

Former president Barack Obama remembered Bush as “a humble servant”, and Bill Clinton described him as “honorable, gracious and decent”.

Trump and his wife Melania are expected to attend a state funeral that comes after the president cancelled a planned press conference in Argentina for the G20 summit “out of respect for the Bush family.”

America’s last war hero president, Bush served one term between 1989 and 1993. Since his death, many tributes have included a curious code word—CAVU.

CNN reporter Jamie Gangel revealed that the word was used to tell Bush’s family and friends that he had died on Friday night.

“For anyone who has been a pilot, it is familiar. For those who aren’t, it stands for Ceiling and Visibility Unlimited,” Gangel said.

“He had a plaque in his office that said that. He always said that he felt it represented his life. The sky was the limit, he had had everything.

“I think it was a great and fitting tribute to him.”