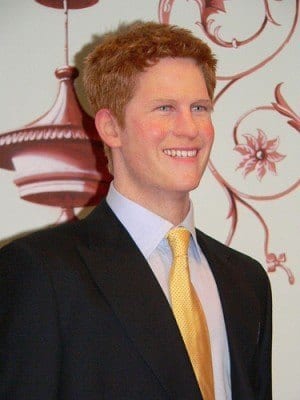 In September 2008, Prince Harry reportedly saved Trooper James Wharton from a homophobic attack. After bragging to some soldiers about “scoring” with another soldier, Wharton was threatened by six fellow members of the infantry.

“I think I’m about to be murdered by the infantry,” Wharton told Prince Harry, who was a tank commander.

Prince Harry responded and went out to sort out the incident with the soldiers.

“Right, I’m going to sort this s**t out once and for all,” the royal said to Wharton.

In a previous battering, one of which happened in the Knightsbridge barracks in central London, Wharton had been hospitalized for his sexuality.

Now Wharton tells of the event in his new memoir, Out in the Army, where he adamantly thanks the third-in-line to the throne.

“I will always be grateful to Harry, and I will never forget what happened,” Wharton said in his book.